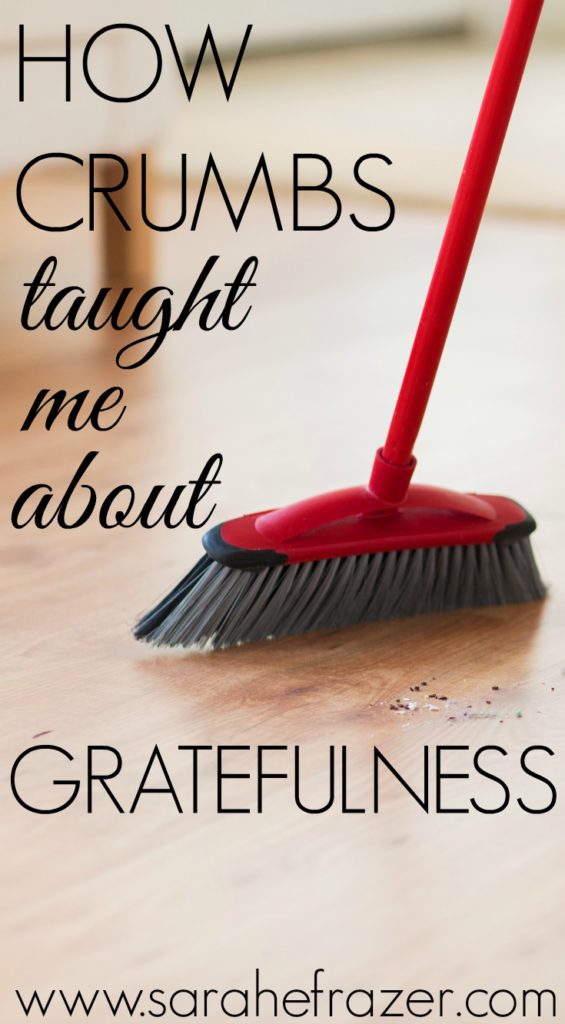 How Crumbs Taught Me About Gratefulness

The small flaky crust of bread stuck to my foot as I walked around the kitchen table. Spreading the crumbs around the floor, I walked over to knock even more crumbs from the baby’s seat. Rolling my eyes, I realized crumbs will always be a part of my life as long as I have kids in the house. Sweeping up those crusty pieces left over from sandwiches made me think of the manna in the wilderness.

In Exodus we read about how God gave the daily provision of bread to the people of Israel after they had complained. How many times do my children whine and cry for food (while I’m getting it ready!), only to not even be grateful when the provision is set before them?!

Each day they had to gather. Surely the daily grind of getting up, gathering your food, and preparing it – over and over felt a little routine. I think I would have been SO bored with the same meal, I mean how many ways can you cook manna?  Manna was heavenly food. Literally it was described as the angel’s food! It was white, small, and maybe round with a honey taste. Did the heavenly taste disappear after a few months of the same thing.

Motherhood can lose its gratefulness in the daily grind. Over and over I pour their milk, fix them food, but the glimmers God except me on a daily basis.

The food God provided for the people is also a symbol of Jesus, the bread of life.
Powered By the Tweet This Plugin

The food God provided for the people is also a symbol of Jesus, the bread of life. In Jesus we have all we need, but do we wake up early to spend time with Him? The Israelites had to get up early to get the manna, or it would melt in the sun by noon. Just like that, Jesus must be my daily bread. Jesus is enough for me. Just like the manna was there for them each day, Jesus is there for us. Are we bored with Jesus too?

I lose sight of my gratefulness when I lose sight of the gift. God’s people in the wilderness soon complained about this amazing miracle of manna. The day-to-day weariness of life sucked out all of the joy and sometimes life does that to us too, doesn’t it?

The answer? Psalm 16:5a says: The LORD is the portion….and the Hebrew word for “portion” is a word that looks like manna:

It means “part or portion” and it is used to describe the part of life God gives to us. Whether that was the Old Testament land, or their provisions, or something “weighed out” according to bluebible.org. It was something God measures for us. It is not something God has haphazardly throws into our lives. The portion we have from God is picked up, put on a scale, and chosen especially for us.

The daily mess of life: measured out and given to you by God. And what does God say? He says HE is our portion. God is the perfect amount for us. When my babies were small I would measure the formula that would go in their bottles. It was just enough for them to grow.

If I’m struggling to find gratefulness (which I OFTEN struggle to find), maybe its because I’ve forgotten my manna. My portion of God is enough. And leaning into Him is enough to bring back my gratefulness. 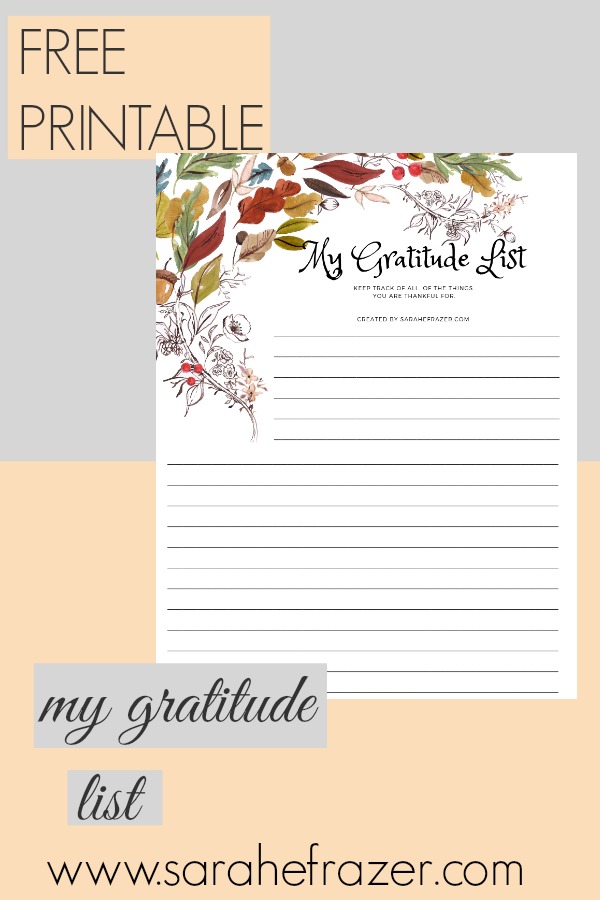